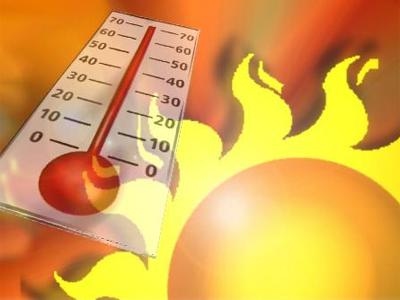 As another summer rolls on in the desert of Southern California, many people look forward to summer vacations, barbeques, spending time with friends and family, and most importantly, finding ways to beat the heat! While our pilots at Desert Jet enjoy all these things, they are also preparing to battle the notorious weather that is associated with the summer season, and the weather’s affect on aircraft performance.

When most people think of summer weather, thunderstorms seem to be the first idea that pops into one’s mind. While this may be the most obvious phenomena, there is something else that can be a hidden danger to aircraft performance if not properly assessed. The summer season brings many hot and humid days. Couple this with a high elevation airport, you can run into some serious problems regarding aircraft performance. In the business, we like to call this “density altitude”.

To better understand density altitude, one must first take a quick lesson on basic aerodynamic theory. Amazingly, some of the founding principles that describe how an airplane flies date back to the late 1600s when famed English scientist, Sir Isaac Newton published his laws of motion. Obviously, his mind wasn’t focused on building airplanes in 1687; he was rather trying to explain the physical world around him. However ironically, a little more than 200 years later, those same principles proved to be true when the Wright Brothers took their first flight at Kitty Hawk. While all of Newton’s laws of motion can relate to how an aircraft flies, the third law in particular deserves the most attention when discussing basic aerodynamics. For those of you sleeping in high school physics class, a reminder that Newton’s Third Law states, “for every action, there is an equal and opposite reaction”.

To demonstrate Newton’s Third Law, next time you are driving your car, hold your arm straight out the window with the palm of your hand down. As you accelerate down the road, lift the palm of your hand ever so slightly to catch the air underneath. You’ll start to feel a force pushing against your palm. As your car accelerates faster, you might even notice the force of the air trying to “lift” your hand higher. Think of your hand as the airplane wing and your car’s motor as the jet engine on an aircraft. This in a nutshell is one of the primary reasons why aircraft are able to take to the skies.

However, there are a few aircraft performance factors that pilots need to look out for before taking flight. Ever try exercising outside on a hot and humid day and it just seems impossible to breathe? Well, don’t blame it all on being out of shape! Hot air is less dense than cold air, meaning the air molecules are spaced further apart. Essentially, your body needs to breathe that much more air during hotter days than colder days to take in the same amount of air to sustain its needs. The same can be said with humidity. Water in the atmosphere can cause the air to be less dense, allowing the same degradation effect to occur. High elevation also plays a role. As elevation increases there is a decrease in air pressure which causes air molecules to be spaced further apart. Following the same principle of hot temperatures, high elevations can also cause a decrease in air density.

As noted from your very scientific car experiment earlier, aircraft wings (i.e. your hand) need a lot of dense air molecules around them to sustain flight. When flying into areas that are hot, high (elevation), and humid air density becomes significantly reduced. This results in less air molecules working around the wing to sustain flight causing a reduction in aircraft performance, causing a high density altitude effect.

Desert Jet has extensive experience flying into high density altitude airports. Operating high-performance jet aircraft and employing highly experienced professional pilots, Desert Jet flight crews are trained for any high density altitude event. The next time you are booking your summer trip to Lake Tahoe, have the peace of mind that your pilots are not only making sure your specific champagne request is on board, but also meticulously planning your flight so you and your family can arrive safely to enjoy that much needed summertime barbeque at the cabin on the lake.

Here are a few other articles that might interest you;

What is a Fixed Base Operator?